IPO reform launched on startup board 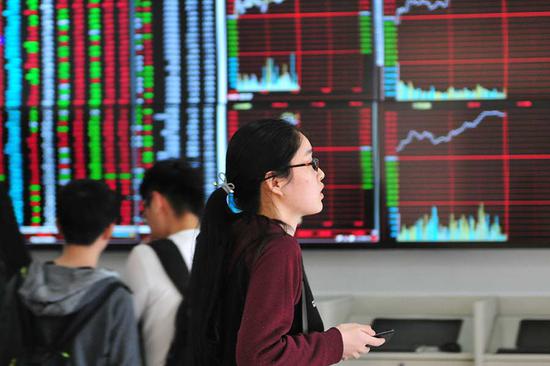 An investor checks stock prices at a brokerage in Shenyang, capital of Liaoning province. （Photo provided to China Daily）

The reform was endorsed by the country's top leadership at Monday's meeting of the Central Committee for Deepening Overall Reform, presided over by Xi Jinping, general secretary of the Communist Party of China Central Committee, approved the decision to carry out the registration-based IPO system on the ChiNext board, which Chinese regulators hope will develop into China's version of the Nasdaq and a cradle of future Chinese technology giants.

The move to deepen China's capital market reform came as the country is battling the impact of the COVID-19 epidemic, which has left many smaller companies with financing difficulties.

The meeting stressed the necessity to counter economic headwinds by deepening structural reforms and decided to implement the IPO reform on the ChiNext board, which is a crucial arrangement to improve the fundamental system of the country's capital market and will help build a "disciplined, transparent, open, vibrant, and resilient" equities market.

Under the new listing system, companies seeking to float shares on the ChiNext board, launched in 2009 in Shenzhen, will no longer need approval from the securities regulator, a process which in the past could take several months or even years.

Unlike the approval-based system where the regulator determines the timing and pricing of IPOs, the registration-based system emphasizes information disclosure rather than corporate profitability. The stock exchange will review companies' IPO applications based on disclosure rules and the market will have greater say in the pricing and timing of the new share listings.

The new system further streamlined the listing requirement for companies on ChiNext and paved the way for loss-making firms to float shares in the market.

Li Chao, vice-chairman of the China Securities Regulatory Commission, said that the core of the registration-based IPO system is information disclosure, which will help improve the market's transparency and authenticity and allow investors to make their own value judgment.

The CSRC has issued the draft regulations and policies related with the new IPO system for ChiNext board to seek public opinions until the end of May. It is expected that the new listing rules will officially be implemented in June at the earliest.

The IPO reform on the ChiNext board is an expansion of the practice of the STAR Market in Shanghai where China first experimented with the registration-based system last July. Policymakers later decided to replicate the successful practice in Shanghai to a wider marketplace.

Analysts said that the IPO reform will help boost the role of the equities market as a main funding channel for the country's promising startups and accelerate the country's industrial upgrade and economic transformation toward an innovation and technology-driven growth model.

"This is crucial for China's economic transition toward innovation-driven growth because the banking industry－the dominant player in the country's financial system－cannot efficiently provide financing for innovative firms due to their lack of collateral," said Shao Yu, chief economist at Shanghai-based Orient Securities.

The reform could also help improve the market rules on the ChiNext board and bring them more in line with leading global practices like the Nasdaq, Shao said.

The ChiNext index declined by more than 2 percent during morning trading on Tuesday as investors worry that the IPO reform would bring a new wave of listings that could weigh on market liquidity and stock prices. The index recovered its earlier losses in the afternoon and closed up 0.6 percent at 2030.72 points.

Dong Dengxin, director of the Finance and Securities Institute at Wuhan University of Science and Technology, said that the reform is a timely move to help smaller firms cope with financial hardships amid the COVID-19 outbreak.